According to Wiktionary, attachments are: “A strong bonding with or fondness for someone or something.”

We all have attachments, of sorts.  This can be something you collect.  An attachment can be to something extrinsic like a car, a home, a job, or even the way you dress or do your hair.  It may be intrinsic like a belief pattern, a feeling toward someone, a habit or routine, or even how you behave to a certain situation.

An attachment can be good or it can be something that is keeping you from growing.

The late comedian George Carlin had a joke routine that he told countless times called “A Place for My Stuff“.  In the routine, he would say that we, as humans, collect more and more stuff until we need bigger places to hold onto that stuff.

There is a lot to say about the reality of this comedic routine.

The Art of Downsizing 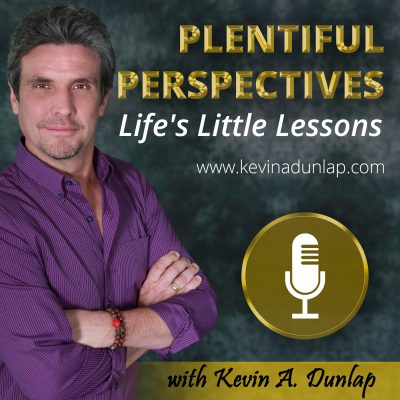 Back in 2018 on my podcast Life’s Little Lessons, I interviewed an entrepreneurial woman named Ronda Taylor.  She owns a publishing company.  One day she decided to sell just about everything that she owned and became an international vagabond as she began to write her own book.  She sold everything she owned except what would fit into two backpacks.  Then she took those backpacks and bought a one-way ticket to South America.  She wanted to interview women entrepreneurs from all walks of life.  Most of the stuff she kept was either to support her business or her basic necessities.

This means she sold her home, her car, and all other large tangible items.

Would you be able to do this?

Letting It Go, Round 1

In August 2019, I started to experience something similar that Ronda must have been going through.  Events in my life led me to experience my attachment to many of the things that I own.  Things I thought I could not live without now became “do I really need this?”

At this point, I was facing to keep only the things that I would say were critical.

This was a time where I was needing to release about 80 – 90% of the personal items that I owned.  I was putting everything into 4 different piles.  First, was what to keep.  Second, was the stuff to sell. Third, the stuff to donate.  Fourth, was the stuff to toss.

At this time I was moving into a friend’s place for a couple of months and had no room for storage.  There were things that I treasured.  Stuff I didn’t think I could do away with.  This was to include an expensive glass desk, many other office equipment, and books.

I began to really think about how liberating this can be.

Once I let it go I felt a lot better.  This was my first time feeling liberated and no tied down by all of the stuff I have collected over the years.

Letting It Go, Round 2

In March 2020, I went through two more releasing of attachments.  Both of these releases got me to think of how the things we collect or do can be our own shackles in our lives.

The first one was when I decided to relinquish my real estate license.  My livelihood for over a decade was going to be over.

I have been living in Las Vegas for 16 years.  I was reluctant to move anywhere else due to my attachment to my career as a Realtor.  Moving to any other town and doing the same job would be difficult due to not having local clients nor having any local knowledge.  However, this did allow me to start to explore other options.  To try new possibilities.

The second attachment was something I would never have even considered as an attachment.

Over the last few years, I have suffered from an ailment known as alopecia areata.   This can be something as simple as male pattern baldness or bald patches.  For me is was baldness over my left ear.  Normally I would keep my hair long so that I can cover it up.

I had an attachment to my hair.  It was part of my self-image and self-esteem.

Then one day in March 2020 I opted to go ahead and shave my head.  I bought a shaver and some razors and one weeknight I released my attachment to my hair.  This was something I have never done before except for my first day in the U.S. Navy back in 1985.

What Does This All Mean?

I look back over the past two years and wonder how things like material objects, a career, and even hair have kept me from achieving more.

Today, I feel liberated.  I can do whatever I want and I can do it whenever I want.  I now believe that getting more “stuff” can actually become a burden.

I have learned to look at material possessions as something that may support me or even hinder me.  It all boils down to how does any new object will help improve my life or does it keep me from really achieving what I want.

I beg you to look at the things you have in your life as to how does it help or hinder you.  Maybe it is time to do your own Spring Cleaning.  Maybe those attachments are no longer important and you can open up your life and become more liberated.