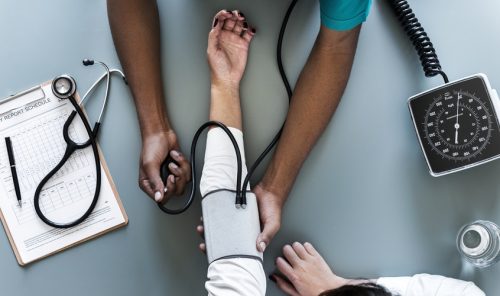 As I look back over the past two weeks I have seen a lot of things change for me.  This was the first time, and hopefully the last, when I was having a stroke. 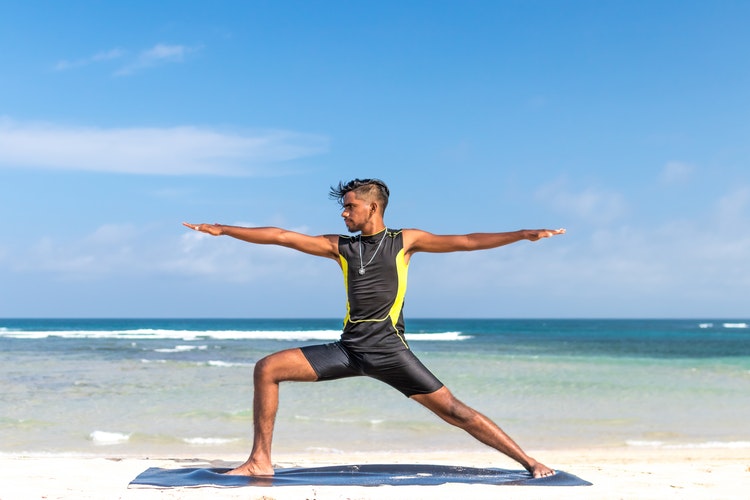 At the age of 51 with no major ailments I was living my life as I have always had. I was relatively healthy. I practiced yoga, in particular hot yoga, on a regular basis, or when I had an active membership at a yoga studio.

The days leading up to Tuesday, May 8, 2018 were no different than any other time. I had received VA medical benefits about 8 months prior and two months before that I had received a new life insurance policy. Both required blood and urine tests. They also required being checked out by a physician. In both instances I was deemed very healthy.

However, the days prior I was very active and on the road a lot. This gave me little time to think about maintaining a proper diet so I did end up eating a lot at restaurants, in particular fast food restaurants.

Even on the day of the event I was heading home and I was not particularly hungry. I was passing a McDonald’s restaurant and went in and ordered a number one medium with a large Coke.

After consuming it I felt no different. It would be nearly 30 minutes later before I felt the beginning stages of the initial symptoms of a stroke. I didn’t know it at the time but it started about 1:00 on that Tuesday afternoon. 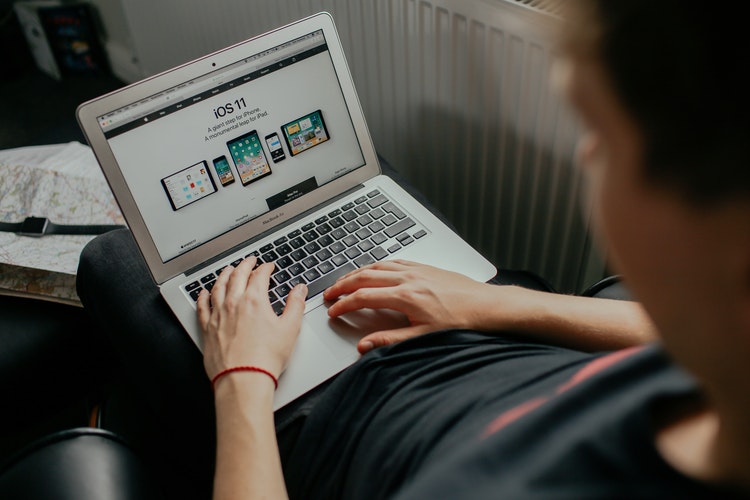 I had just gotten off of the phone with a friend and started to type on my computer.  When I was working on the computer I noticed difficulty in typing, especially with my right hand. Another problem was that I could not use the mouse almost at all. I couldn’t get the mouse to hover over any menu to try to close it out. My solution was to go and lay down.

After a phone conversation with a perspective client I noticed I felt like I was slurring my speech. I ended up laying down again before calling my best friend who suggested I go to the ER. After some deliberation I went to the ER.

They took my initial vitals as I was checking in and was immediately told that I was a Code White and was rushed to the ER. At that time I was diagnosed with having a stroke in the left side of my brain just over my ear.

This led to a CAT Scan and then a few hours under observation in the ER. Later I went in for a MRI and was also downgraded to Surgical ICU. I spent two more days under observation while being hooked up to monitors that kept consistent analysis of my vital signs and checked my blood pressure every 15 minutes, even while asleep.

This was a scary process because I initially came into the hospital with a blood pressure of 176/105 (an almost critical state). While in SICU it was hovering in the mid 140’s/90’s range. Still at an elevated level even while under blood pressure medicine.

While in the Hospital

One relief occurred was the occasional visitor who came in. I must admit this was the most therapeutic time for me. Not fighting this all alone was huge for me.

My best friend drove into town from over 4 hours away just to be by my side. She came in on a Wednesday afternoon. She was suppose to be coming in on Friday evening for Mother’s Day weekend but took 3 days off of work to be by my side. Without her support I know things could have easily be different.

I was finally released on Saturday, May 12, 2018 in the early afternoon.

My best friend picked me up and this was my first time outside in 5 days. I took my first shower since Tuesday that afternoon. It is funny just how the simple creature comforts as a shower can mean so much. (I couldn’t shower before due to all of the electrodes still on my chest.)

Transitioning back to normal life was interesting. I am now back in my home with my own bed. No nurses drawing blood at 3:00 AM. Or the noise of people hustling around in the hallways. Or the occasional Code Blue being announced at 4:00 AM as someone else was suffocating.

Being back in the real world after having a stroke was daunting.

My after effects of the stroke left me with facial drooping on my right side. This causes me to have trouble speaking thus meaning I have to talk slower when communicating. I have also noticed by stutter has come back. This mainly due to my brain moving faster than my mouth.

As I start to transition back I didn’t want this previous week of inactivity to get in my way of accomplishing what I want. I had a Toastmaster’s talk coming up Wednesday. The main goal of this talk was to find something I may be interested in and don’t know too much about. I am to do research on the topic and give a 5 – 7 talk on it.

Originally I wanted to talk about sailing. And how to get from Point A to Point B regardless of the direction of the winds. It was to be a metaphor about overcoming obstacles. However, I changed the topic three days prior to talk about having a stroke. Check out my rehearsal of the talk here (this was shot two days after the talk). 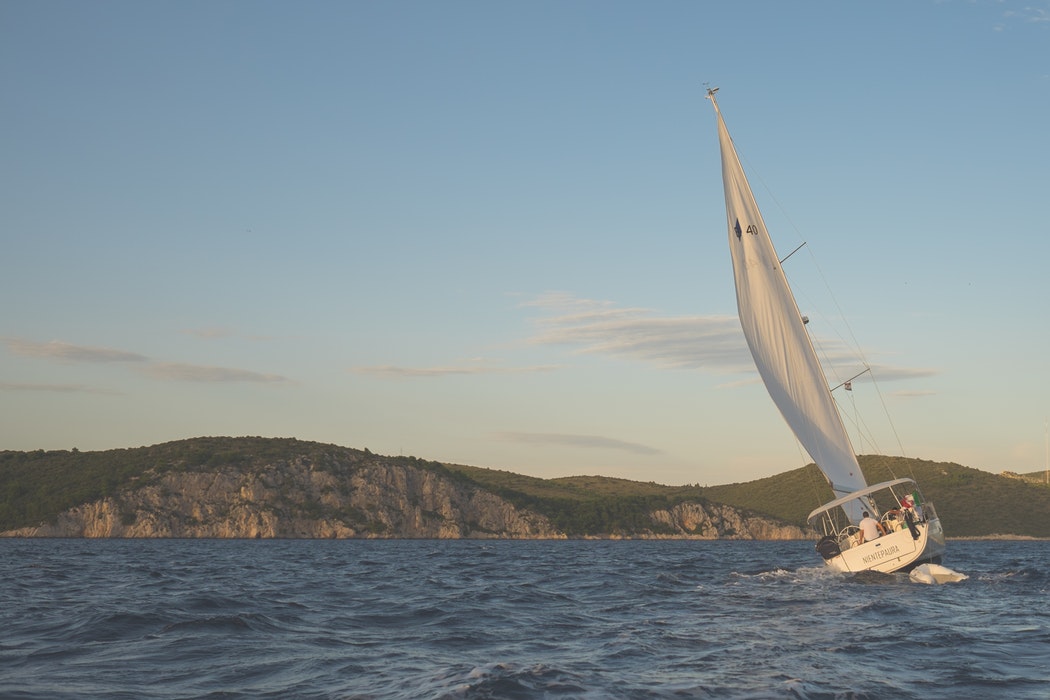 I even went sailing on the following days.

People seemed amazed that I gave a talk just four days from being released and to even go sailing one day later.

I have a workshop coming up on the following Saturday, May 26.  I have a 90 minute training lecture to give on Wednesday, May 30 at a local real estate office.  If I cancel these what does it say to the world about me and my perseverance.  If I am to be strong then I must follow through with my word.  There will be plenty of time to rest before or after the event.

I have also just started taking naturopathic supplements so I can get off of the pharmaceuticals as quickly as possible.  I know normal pharmaceutical drugs will also damage other organs of my body and I don’t want to be back in the hospital due to the complications of those drugs.

Another thing I am starting in the next day or so is a new program of healthy eating.  I will let you know how this new system works for me.  I have just bought an electronic bathroom scale and just ordered a food scale for my new eating program.

My advice is to be strong.  Lean on your support system as needed.  And keep living your life.

If I was to use having a mild stroke as an excuse to not continue with my aspirations then what other setbacks will I also use.  I refuse to let excuses get in the way.

Those are just my thoughts.

Love you all and thank you for your support.

Introduction to the 8 Mindsets