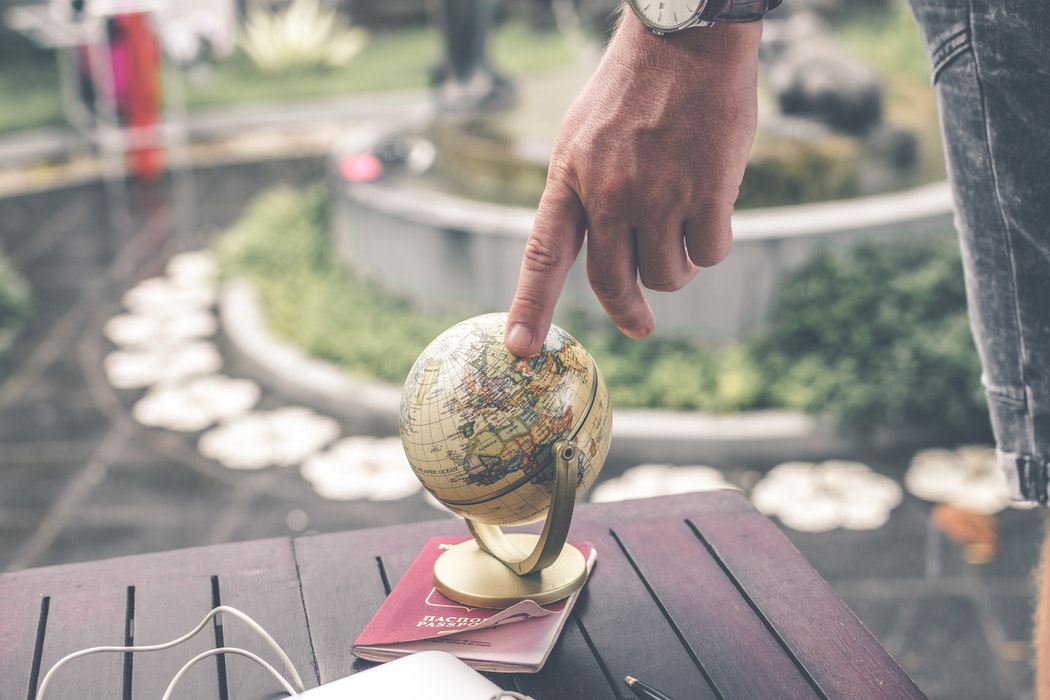 A song from my youth while attending Disney World in Orlando, FL was from one of their rides.  The song would sing over and over again “It’s a small world after all…” and that would repeat endlessly.

Over the last couple of days I was reminded again on that simple truth.

Launch of My Show

Recently on my podcast, Life’s Little Lessons, I decided to branch out with my show.  When I first created the show in October 2016 it was mainly as a promotion of  my book called Designing Your Own Destiny which was just launched.  That show lasted for 19 episodes.

In September 2017 I was on a hike thinking about the show again.  I was still attending podcasting meetings on a monthly basis and wasn’t sure what to do next.

While on the hike I thought about doing an interview based show.  The guest would be the one bringing in the content so I didn’t have to come up with something new every week.  And within a month Season 2 of the show was being launched.

On the show I interviewed Americans (and even people born in other countries but are now Americans) and a couple of Canadians.  I was also fortunate enough to have a couple of people from Mexico on the show.  All were business owners of one type or another. Then it hit me shortly after interviewing a woman who is now becoming a closer friend and even a business partner.  Her name is Daniella Molina.  This was a woman from Mexico City, Mexico but she was currently doing corporate training in Georgetown, Guyana.  That is in South America.

My first interview with another continent!

That was the moment that suddenly made the world a lot smaller, without me realizing it yet.

Another guest on my show was Galina Lapina, originally from Russia but is now traveling all parts of the world.  She was the one who was instrumental in leading the path of find Daniella through a mutual contact of each other.

Galina also introduced me to Cathy Niezen originally from Lima, Peru but she was residing in Barcelona, Spain at the time of the show.  Cathy is the catalyst to take me to many other places in the world by introducing me to a wide range of other potential guests.

From the Back of the Book

Recently I had a chance to interview both of the ladies who gave me testimonials which made the back cover of my book.  I chose them for the reasons below. First there was Dr. Daphne Erhart currently in California.  Daphne is a clinical psychologist who also just launched a book which hit bestseller status on Amazon in three separate categories.  I was very proud of her book’s success in just the first 2 days…

The second person on the back of the book was Jenn Lucas who is from and is currently residing in Sydney, New South Wales, Australia.  She is helping me find other business owners who are in and around Australia.

With A Little Help from My Little Friends…

Now let’s get to the small world part.  With the help of both Galina and Cathy above I am making contact with both men and women who are living in the U.K., Dubai, Canada, Europe, Malaysia, Russia, and more in Australia.

Just the other day I spoke with a lady from Malaysia who was currently in London where we did a pre-interview Zoom call while I was in my car in a parking lot in Las Vegas.  Shortly thereafter I spoke with my new business partner Daniella from Mexico City, Mexico but she was still in Guyana.  Later that day I called my friend Junita who lives in Vancouver, B.C., Canada.

After some thoughts I counted in my head…

Malaysia is part of the Oceania continent (Australia and surrounding island countries) while in London, England (Europe).  Then spoke with Daniella (in South America), then Junita (North America).   Thus, speaking with essentially 4 different continents in one single afternoon.  Not counting my interview with Paul in Cambridgeshire, England and a call to a new Israeli interview currently in Estonia (near Russia and Finland).  That would add to more to the count.

Doing these interviews has re-awaken me the vastness of the different cultures and uniqueness of people.  Plus, how I as an American can have a totally different view on things in the world.

Imagine life without instant video communication using apps like Zoom.  Or making an international call using What’s App.  And all of this for free and  is right at your fingertips.

It is truly a small world after all.

Are You a Prisoner in Your Own Cell